Sri Chandi is the Goddess who is the Patta Mahishi of Parabrahman. The word 'Chanda' hints at extraordinary traits and thus refers to the Parabrahman, who is extraordinary due to his complete independence w.r.t time and space. The word Chandi (arising from the Dhatu Chadi meaning anger) also refers to the fiery power of anger of the Brahman. The Sruti says, "mahadbhayaM vajramudyataM', wherein the word 'vajra' means not any weapon but the supreme Brahman. Thus, Chandi represents the Shakti of Brahman. 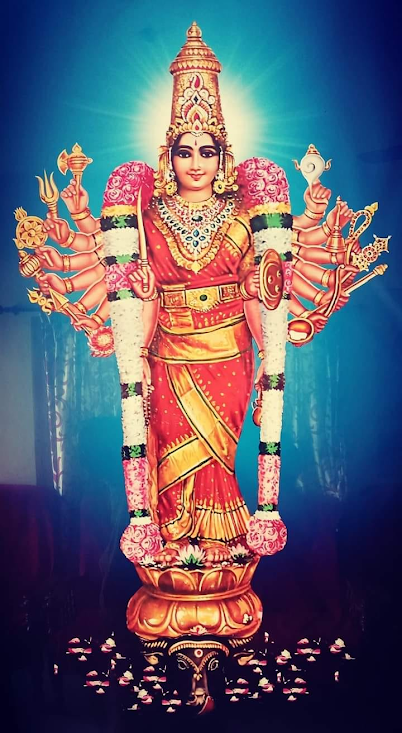 Posted by Ayyagari Surya Nagendra Kumar at 9:58:00 AM

You are the latest visitor no.